New Zealand. Have a look at a world map. Notice how far away New Zealand is from everywhere else? Our nearest international neighbours are Australia, New Caledonia, Fiji and Tonga, all of which take about three hours to travel to by plane. We’re at the bottom of the world!

Early settlers both European and Polynesian travelled a long way to come to here and that urge to travel still lives on in New Zealanders today. We’re lucky I guess – while average New Zealanders are not wealthy when compared to other first world countries, we’ve always had the opportunity and freedom to travel despite the fact that leaving New Zealand to go ANYWHERE is not easy when you think about the distances involved.

New Zealand is a young country and our sense of culture is also quite new: for many years European New Zealanders considered English culture to be the basis of culture in New Zealand (Maori have always had a strong sense of their own culture). This is no longer true: we now have our own very distinct culture. About thirty years ago a very clear cultural trend began, which is now referred to as the Overseas Experience.

Why London? That answer is easy: a common language, large workforce and high wages as well as easy access to many European destinations. Young Kiwis would arrive in London, find cheap accommodation with other New Zealanders or Australians, get a job and work hard for a year. Then in the second year of their visa they would travel around Europe, as cheaply as possible. I think the Kiwi love of backpacking travel originated here.

Over the years travel has become faster and cheaper and visa restrictions become less of a problem for Kiwi passport holders. There are also many more options for travelling. Now it is not just Europe that beckons Kiwi backpackers – we can be found pretty much anywhere in the world.

So why is backpacking so popular? That also is easy to explain. At the start of this article I stated that New Zealand is a long way away from any other country and that wages and salaries are not as high in New Zealand as in other Western countries. It is hard to travel for most New Zealanders, especially young people who usually work in the lowest paying jobs. For young people (or any New Zealander) to plan an overseas journey takes months of saving money. Some young people work two or three jobs for up to two years before they can afford to leave New Zealand. And the New Zealand dollar is often not worth much when exchanged into other currencies. Often a young Kiwi only has enough money to buy a plane ticket and cover their basic living expenses for a month or two until they find work in the country that they travel to. Therefore, backpacking became the most popular way of travel to ensure that the young traveller got as much travel time as possible before their money ran out.

Of course backpacking is not the only way young Kiwi people like to see the world. Contiki Bus Tours are also incredibly famous in New Zealand and popular with those young people who don’t have much time to backpack. Many people have fond memories of these often wild and crazy tours. But that’s a whole other story!!!!

The first Kiwi backpackers to go on their Overseas Experience now have children of their own, who are also doing the same thing, but with more variety. It has now become so important in our culture that almost every young New Zealander will do an O.E at some stage in their twenties (or even thirties). It’s very unusual to find a Kiwi who hasn’t.

As for me, I didn’t choose the London route. Japan has become an increasingly popular destination for young Kiwis on their OE, as English teaching in Japan is easy, fun and earns a good salary. On my O.E. as well as heaps of opportunity for travel (some as a backpacker, some on arranged tours), I gained a new career. From that time ten years ago I’m still an English teacher and I still travel as a backpacker! 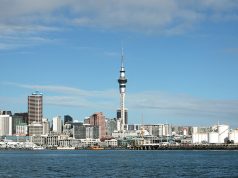 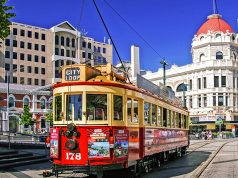 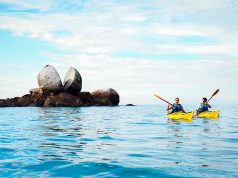