I’m lucky, I really am! Life opened the door of opportunity for me, when I wasn’t expecting it. And it was an opportunity that I wanted, even though I wasn’t looking for it at the time. It is possible sometimes, to get what you want.

Let me explain. If you’ve read my profile, you will have seen that I am an English teacher. I’m not an elementary/primary or high school trained teacher – I specifically teach English as a second language. I came to be a teacher by accident. It is a cultural custom for young New Zealanders to travel and work overseas for a year or two in their twenties. This is called an O.E. or overseas experience. My O.E. was in Japan for two and a half years, as a teacher. I decided that I actually loved this kind of work and went back to university to study for a formal qualification to teach English. I came back to New Zealand, finished my studies and walked into a job with a great company within a week of moving to Auckland.

Now, I don’t want to bore you with the history of my life! If you wait a few more sentences you will understand why I have included a little of my personal background. Last year, a close friend asked me if I would ever consider living/working overseas again. Actually, I also had this conversation with Kemal when he was in Auckland – I wonder if he remembers it? My answer was the same in both conversations – that no, I wouldn’t live overseas again (except for love), but that if I could work abroad for a short time, come back to New Zealand, and then do the same again the next year, I’d be happy. In reality though, not many jobs offer this kind of working arrangement. Also, I was not prepared to do something risky like quit my job in New Zealand just for three months work experience in another country. So I thought nothing further of it.

New Zealand has summer holidays over Christmas and New Year. On January 9 this year, my first day back at work, one of the senior bosses approached the teachers at my school with a proposal for someone to go and work in China for a few months. They had advertised for teachers outside of the school, but their ideal candidate would be someone who already worked for the company. It would be a secondment position (their New Zealand job would be safe). I could not believe my ears! Here was the exact opportunity that I had talked about with friends, being offered to me! Now, to be honest, South America would have been my dream destination, not China, but hey! For various reasons, I was the only person eligible to go and after I thought about it for a little while, I said yes. My boss promptly offered me the position and two months later I arrived in Beijing.

My time now in Beijing is nearly over. It’s been almost four months exactly, but I cannot believe how fast the time has gone. Living in a country has advantages that being a tourist or short term traveller on a 15 or thirty day visa doesn’t have access to. If I get the time, I think I will write about the good and bad points of the visas that I’ve travelled on. It’s not all glamorous – working anywhere in the world usually involves a similar routine to the one that people would have in their home countries: wake up; eat breakfast; go to work; go home; eat dinner; sleep and so on. But there are differences and these differences are the ones worth sharing. The main difference is being able to be a part of a different culture in a way a traveller or tourist does not have the opportunity to, even when participating in such awesome organisations like Couchsurfing. Of course, I have also had the opportunity to experience the best of what Beijing has to offer any foreign visitor, such as The Great Wall of China, The Forbidden City, The Summer palace and eating Peking duck. I hope to share both kinds of experiences.

If you were hoping to read about Beijing right now, don’t be disappointed. I have a lot to say about the city that has been my temporary home, much more than one written article could say. The purpose of this article is to introduce my situation and to be a little reflective on the fact that good fortune does happen in this world.

I called this entry “The Gift”, because that is what it has felt like to me: an unexpected opportunity to experience my ideal working situation. I am still amazed that it happened and I don’t think I can adequately say in writing just how grateful I am to be here in Beijing. And Beijing has not let me down: it’s been a great time. I look forward to sharing this further. 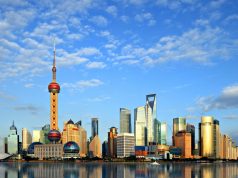 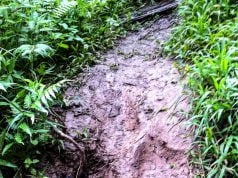 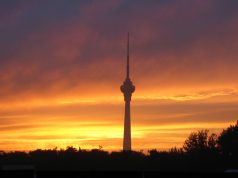