“They got me good!” as the English saying goes. Or, “A fool and his money are soon parted.”

Today, after three lovely months in China, I was scammed. The truly sad fact is that

I was aware of the scam, as I had read about it a number of times, but was unable to stop it happening to myself. Unfortunately, I did not pay enough attention to the information about how to avoid these kinds of scams. It’s definitely a lesson on how to be more careful about who to trust and a reminder that I am not as travel smart as I think! 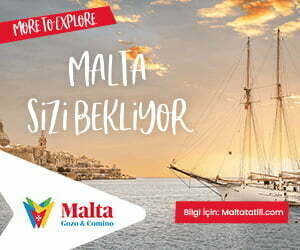 What happened to me today was a version of a scam that has been happening in China for many years and has had many, many foreign visitors as its victim. It’s a simple scam that takes advantage of the fact that when you travel you are often open to meeting and interacting with new people. It goes like this:

Over the years, the scammers have practiced this little drama perfectly, with an answer for almost every different argument the poor tourist can think of. By the time the bill comes, it really is too late – you have no choice except to pay unless you want to be involved in a really loud and embarrassing argument – which some people have done, with mixed amounts of success. Involving the police has a low success rate – corruption is common and it really is your word against theirs. So the scam keeps working.

I like to think that I am reasonably worldly, and wise to the tricksters of the world. Today proves I am not.

When the two girls approached me, I was suspicious – I’m an English teacher, so I get approached all the time in Asia by people who think I won’t mind giving them free English lessons. I absolutely hate this, so am usually cautious and a bit cynical about people’s motives when they talk to me.

Today, however, the two girls asked me where I was going and said that they were going that way too. This was on busy Wangfujing Street, popular with tourists and locals. As we walked, they just chatted, and then casually suggested getting a coffee. A tiny feeling of something may be not quite right began to grow in my mind.

But this was a busy area with lots of people and plenty of street-side cafes. I thought I’d be nice then make my excuse and disappear. I’m an introvert, although a friendly one, so meeting new people isn’t always something important to me. But I wasn’t in a hurry, so I thought, why not?

When we walked into a traditional looking teahouse in a traditional Chinese department store, I again thought: tea scam? It was looking more possible now, so I told myself to be careful and not do anything that I didn’t want to. At this stage, I didn’t know that I was already caught in the trap. I should have walked away at the door. When we sat down in the traditional style tearoom, they gave me a menu written in Chinese, with prices for tea.

The prices were high and I immediately objected. I told that girls that I did not want to pay that much for tea (90 RMB or nearly $20 NZD or TL28 for ONE cup of tea) and ordered a Coke, which was also over-priced, but within my expectations of what a drink in that area would cost. By this stage I was hanging onto my handbag very tightly.

When the tea came, there were three cups, as well as my Coke. I again refused the tea, pushing it away. I also could have left at this point since my coke was in a can, but I didn’t. I think that they sensed I was not happy and they called for the bill the moment they had finished their drinks.

I knew before the waitress even put the bill on the table that it wasn’t going to be good. Sure enough, 810RMB (TL236/$169NZD). That was 30RMB for my overpriced can of coke, 90RMB each for the two girls and their cups of tea, and a 600 RMB service charge. The main girl said, “Let’s split the bill, it’s what Chinese girls out for a drink do.

”Which is bullshit, because in Chinese culture the ‘HOST’, or person who suggests the meal or drink always pays. Her idea of ‘splitting the bill’ was for me to pay 50%. I angrily informed them that I hadn’t drunk the tea, and that I was only prepared to pay for my Coke.

Up until this point I had thought that I was safe. I’d only ordered a (very expensive) coke but I was prepared to walk away from that, lesson learned. But no: this is where the real trap lay: the 600 RMB ‘service charge’. Apparently, we had been given a special room and received special service.

I teach English for Hospitality, so I can tell you now that there was nothing special about the service. I refused, but the waitress was blocking the door. In the end I handed over 200RMB (less than my third, but thoroughly scammed for 170RMB), pushed past the waitress and left the building.

Behind me, as I left, one of the girls called out “Wait! We could have dinner together. We will go somewhere cheap!” I laughed, mostly at myself, and kept walking.

I can laugh at this now, but my pride has taken a blow. I’m not a stupid person, yet I fell for a relatively simple scam. I guess the best scams work because they take advantage of human nature – tourists usually want to interact with local people, and most people have a sense of politeness that stops them from getting angry and arguing in bad situations. And a part of me thought that maybe, just maybe, the girls could have been genuine. In which case, I would have been being very rude.

When I got back home, I realised how lucky I had been (in a way). I paid out a lot less money than other people have been tricked into paying. No more money than I would pay having dinner and a few drinks on a Friday night with a few friends in Auckland. On the internet there are hundreds of stories, just like mine, some even worse. One blogger was so angry she punched one of the Chinese scammers in the face and ran away. Good on her!

Now I know, so I will not be fooled again. Part of me would like to go back and get revenge. Carry a wallet with no money in it and an expired credit card and explain to the girls that I need a ‘loan’ and that I can’t pay today…

Seems like a good plan to me! But they are the experts…

Is there a lesson in this? Definitely! It is not a lesson in not trusting people – we must trust sometimes, or travel would be no fun at all. For me, I think that it is about listening to the voice in your head. If it gives you a warning it is probably right!